This factsheet presents information on how New Zealander's health is affected by three potentially waterborne diseases: campylobacteriosis, giardiasis and cryptosporidiosis.

Metadata: Notifications of waterborne disease with untreated drinking water as a risk factor

A campylobacteriosis outbreak in Havelock North likely explains the increase in 2016.

The large decrease in the campylobacteriosis rate from 2008 onward (Figure 1) has been attributed to the introduction of food safety regulations for poultry production in 2007 and 2008 [1]. 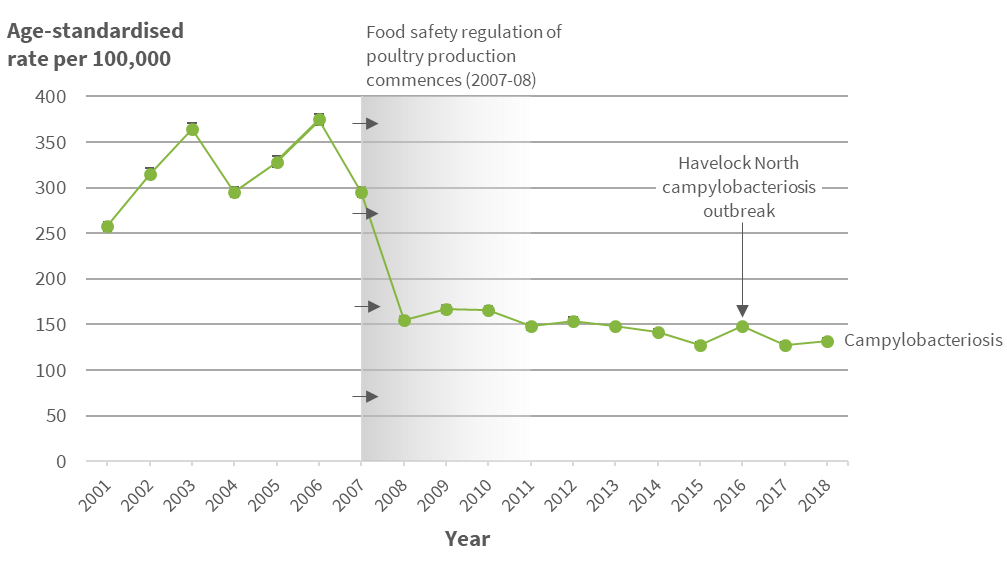 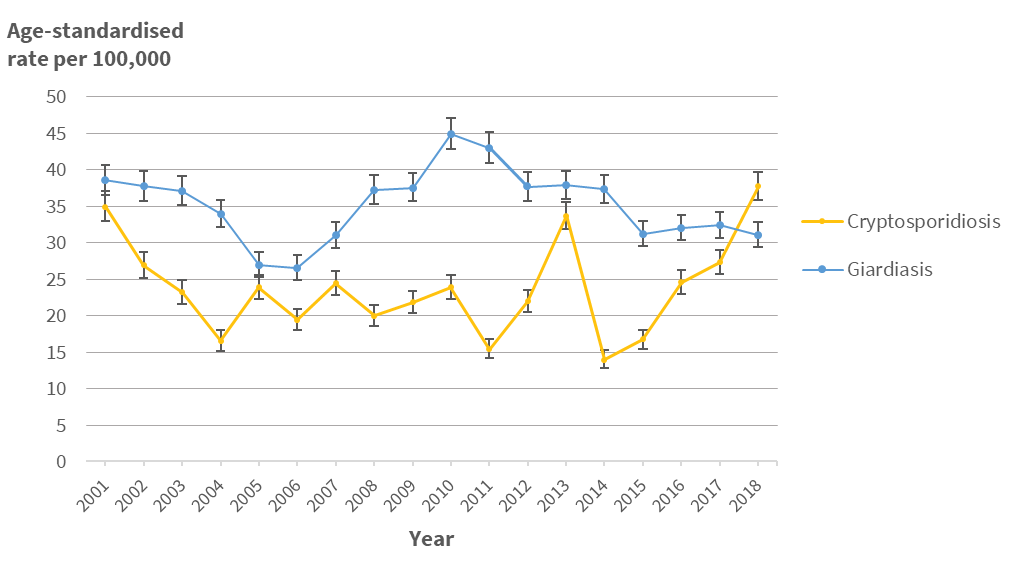 However, low completion rates for risk factor information in many DHBs suggest the rates presented in the 'Notifications of potentially waterborne disease with recreational water as a risk factor' factsheet are likely to be underestimates (Figure 3a-c).