Sixty-five percent of the population served by small drinking water supplies received water that met the bacteriological standards, compared to 98.8% of the population served by large supplies. Protozoal compliance also increased with supply size, from 39.9% for small supplies to 85.9% for large supplies. Chemical compliance was ≥ 90% across all supply sizes (Figure 2).

Bacteriological compliance was low for some supplies, primarily outside major urban areas (Figure 3). Protozoal compliance was low for supplies located in rural areas, particularly in the South Island (Figure 4). Chemical compliance was lowest in the Central North Island, with several incompliant supplies near the Taupo Volcanic Zone (Figure 5). The most common determinand in this area was arsenic, for which the Maximum Acceptable Value was exceeded in seven supplies, affecting 9,093 people. Arsenic can occur naturally in soil or water due to geothermal activity (Robinson et al 2004) and is associated with an elevated risk of some cancers (Smith et al 1998). Elsewhere, excessive levels of, or failure to adequately monitor, by-products of the chemicals used to disinfect drinking-water resulted in 13 supplies failing to comply, affecting 45,560 people.

Figure 3: Percentage of population with access to bacteriological-compliant drinking water by territorial authority and supply, 2019–2020 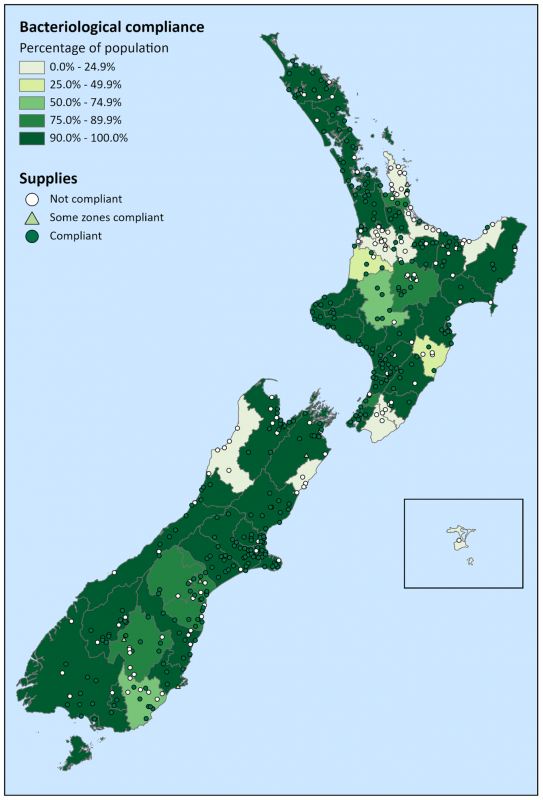 Figure 4: Percentage of population with access to protozoal-compliant drinking water by territorial authority and supply, 2019 –2020 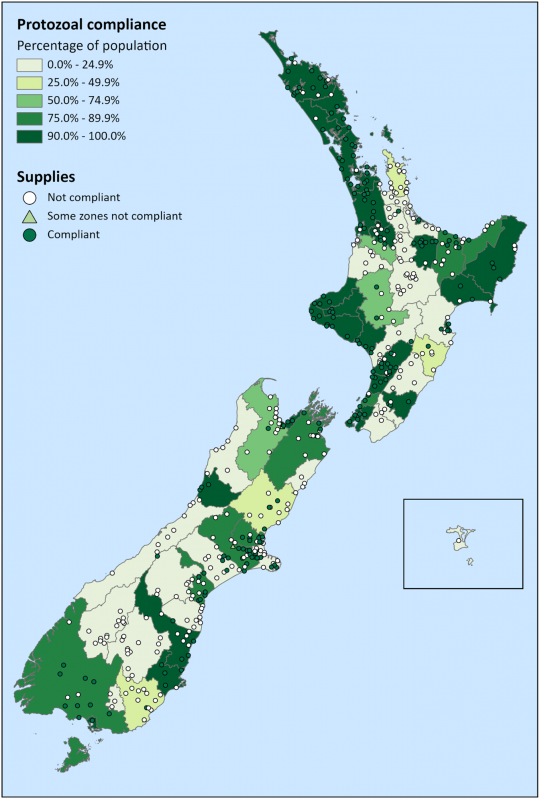 Figure 5: Percentage of population with access to chemically compliant drinking water by territorial authority and supply, 2019 –2020 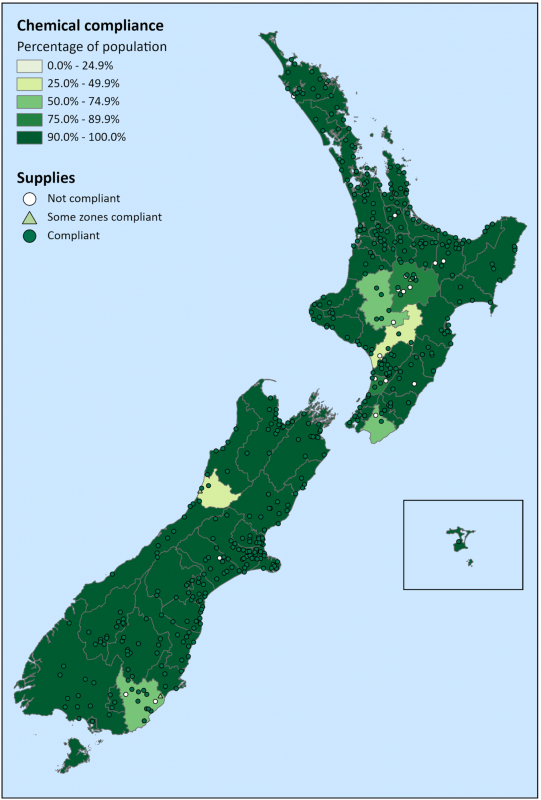 The datasets for this indicator come from the Ministry of Health Annual on drinking water quality reports.  Drinking water statistics are presented for all registered community drinking water supplies that served more than 100 people.