This indicator presents information about the population with access to fluoridated drinking water in Aotearoa New Zealand.

The peak in the proportion of the population receiving fluoridated water in 2010/11 was due to a large drop in the recorded population on registered water supplies. In 2010/11, 10 supplies serving 400,000 people in Christchurch were excluded from the Annual Drinking-water Quality Report following the Canterbury earthquakes. The actual number of people receiving fluoridated water did not change in equal measure, as Christchurch’s water supply is not fluoridated. As the recorded ‘total population on registered supplies’ changed drastically for this period only, the peak should be discounted as an outlier.

Figure 1: Percentage of the population on registered community drinking-water supplies with access to fluoridated drinking-water, 2010–2020 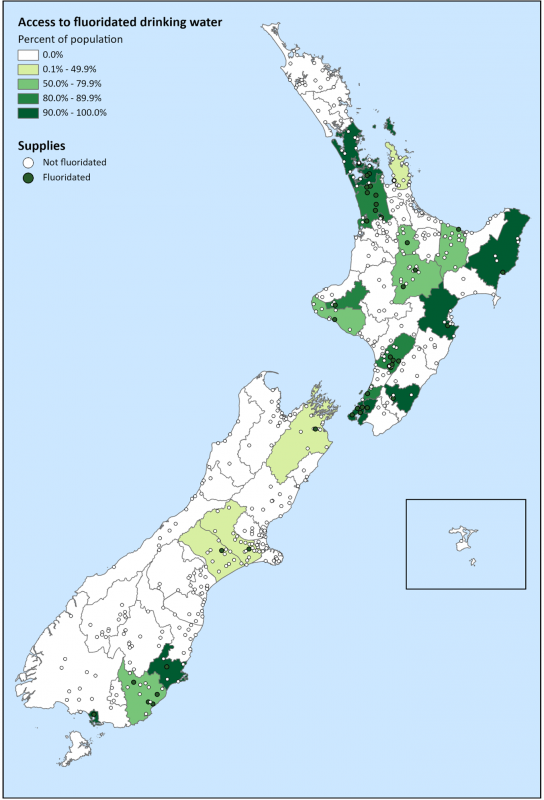 The datasets for this indicator come from the Ministry of Health’s ‘Annual report on drinking-water quality’.  Drinking water statistics are presented for all registered community drinking water supplies that served more than 100 people.

Health effects of water fluoridation: A review of the scientific evidence A report by the Royal Society of New Zealand and the Office of the Prime Minister’s Chief Science Advisor.