Summer has the highest UV levels

New Zealand has high UV levels in contrast to other countries

Summer has the highest UV levels

Table 1: Mean UVI in New Zealand (averaged over one hour at solar noon)

Any changes in UV index levels due to ozone between 1994 and 2016 have been small with factors such as cloud cover and the angle of the sun having a greater impact on changes [1].

New Zealand has high UV levels in contrast to other countries

Summertime UV levels are higher in New Zealand than at similar latitudes in the northern hemisphere [2]. However, approximately half the globe receives greater UV levels than New Zealand. It is believed that the high rates of skin cancers and other UV-related conditions, such as cataracts, in New Zealand is due to the largely white European population and strong tanning and outdoor culture [1].

If you would like to monitor the daily UVI in your area, you can download the UVNZ app from the Google Play Store or Apple App Store. 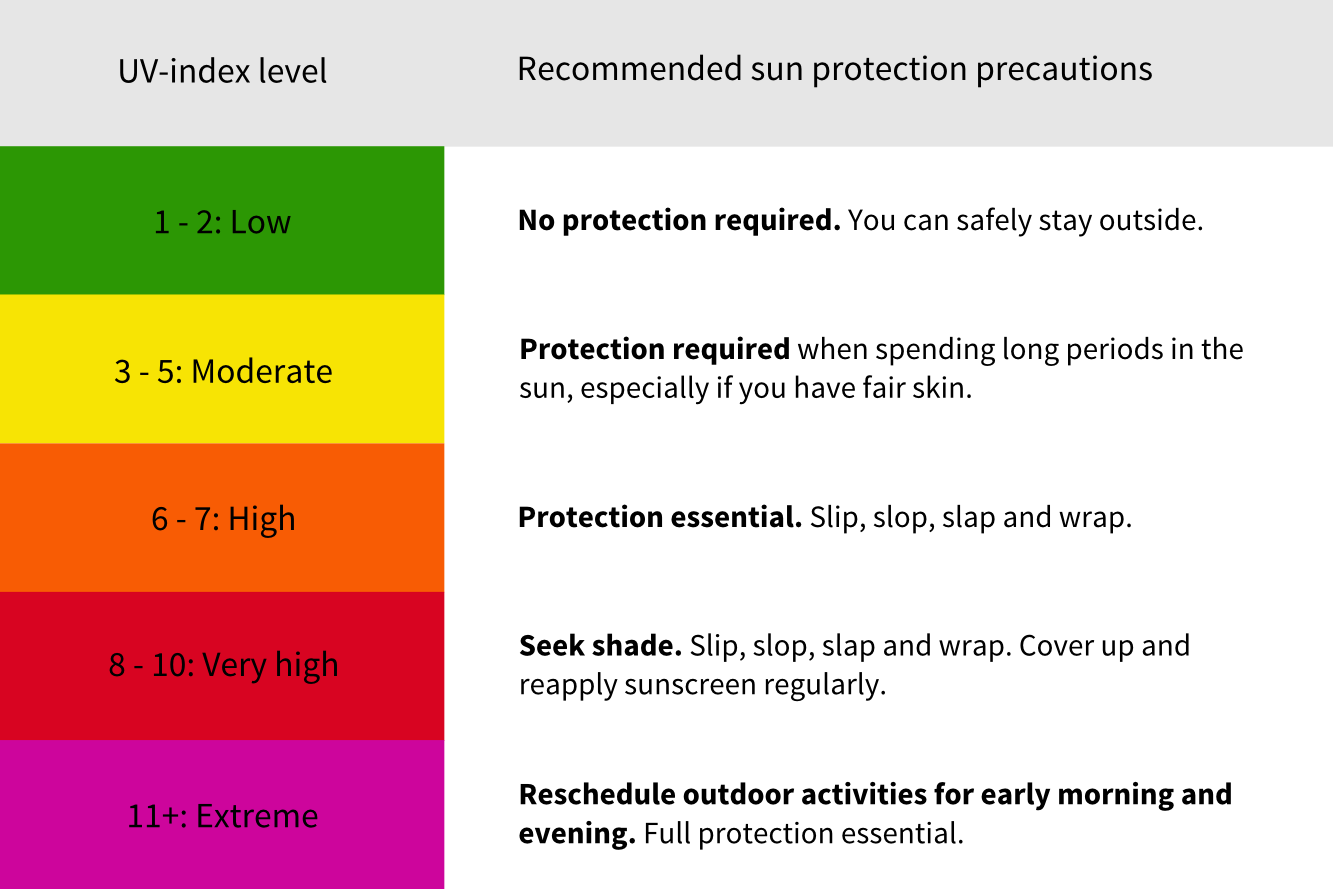 SunSmart website Advice on how to protect yourself from the harmful effects of UV radiation in New Zealand.