About transport and health

This section provides information on how transport impacts on human health in Aotearoa New Zealand.

The importance of transport in our lives

How does transport affect health?

The burden of disease from road transport in New Zealand

Barriers to the use of active and public transport

The importance of transport in our lives

Transport plays an essential role in New Zealand society. In fact, New Zealand has the highest vehicle ownership rate per capita in the OECD [1]. Transport connects us to healthcare services, education, family, community, shops and recreation. We rely on transport to get from one point to another, move goods around, get to work, and for everyday life.

How does transport affect health?

Transport can impact our health through a number of ways, including:

A lack of transport can also lead to social isolation and create barriers to accessing services, including healthcare. Motorised transport also relies heavily on fossil fuels, which contribute to greenhouse gas emissions when burned.

By contrast, active transport (such as walking and cycling) and public transport have positive health benefits, such as improvements in mental well-being, physical activity, and cardiovascular health [3].

Worldwide, road crashes are estimated to result in 1.3 million deaths annually and are a major contributor to the global burden of disease [4].

Road traffic crashes cause several hundred deaths in New Zealand each year (Figure 1) and many more injuries. Younger people tend to have the highest rates of road crashes and deaths [5].

Exposure to particulate matter can lead to chronic respiratory and cardiovascular diseases, some cancers and low birthweight [7, 8, 9, 10]. Nitrogen dioxide is associated with acute respiratory effects such as asthma symptoms, especially in children [8, 11].

Active forms of transport, such as walking and cycling, have a range of environmental benefits, including producing no air pollution, noise pollution or greenhouse gases.

Walking or cycling for transport helps integrate physical activity into everyday life. The health benefits of active transport include [3]:

A study found that moving 5% of short urban car trips to cycling in New Zealand would result in 116 fewer deaths through increased physical activity, six fewer deaths due to local air pollution from vehicles, and an additional five cyclist deaths from road crashes, each year [14].

For children, noise pollution from traffic can interfere with their ability to learn, and increase their risk of cognitive and behavioural problems [3, 20, 21, 22].

Most road traffic noise is caused by motorised vehicles, particularly the sound of tyres on the road, as well as engines, brakes and exhaust systems [23].  People more exposed to road-related noise include those living close to busy roads and low-income groups [24].

The World Health Organization (WHO) estimated that 1.0-1.6 million healthy life years are lost every year from traffic-related noise in western European countries [20].

The burden of disease from road transport in New Zealand

We recently estimated that road transport was responsible for 650 deaths in New Zealand in 2012 [25]. These deaths included:

Additionally, an estimated 40 deaths were avoided through active transport, via the health benefits associated with increased physical activity.

Sustainability is defined as meeting the population's needs and ensuring a good quality of life, without compromising the ability of future generations to meet their own needs or quality of life [3].

Many organisations have called for transport systems to shift away from heavy reliance on cars and motorised vehicles, towards healthier and more sustainable forms of transport [3, 21, 26].

The New Zealand College of Public Health Medicine has called for the 'development of a sustainable transport environment where active travel and public transport are prioritised and represent realistic and safe alternatives to travelling by car' [26].

Barriers to the use of active and public transport

The use of active transport and public transport can be limited by several barriers, including concerns about road safety, a lack of safe places to travel, and poor urban design.

Traffic speeds and volumes can affect how people choose to travel.  For example, one of the major barriers to cycling remains the real (and perceived) risk of injuries. Higher levels of walking and cycling tend to occur in areas with lower traffic volumes [3]. A study in London showed that reducing speed limits to 20 miles per hour (30 km/h) reduced road injuries by 42% [27].

Public transport also needs to be reliable, affordable, frequent and easy to use, for people to use it.  In smaller towns and rural areas, public transport is often not available.

You can find the following indicators on our EHI website: 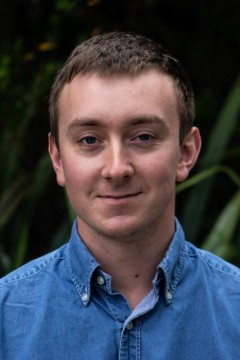